Vichna (Eisen) Kaplan (1913-1986) was born in Slonim and, after her parents died before her eleventh birthday, was raised by her aunt and uncle. She entered Bais Yaakov Teachers Seminary in Kraków in 1931 and became a prized student of Sarah Schenirer, renowned for her character and intelligence. Her first teaching assignment after graduation was in Brisk, where she served for five years. She married Rabbi Boruch Kaplan, an American who had come to study at the Mir, Kaminetz and Brisk yeshivas, in 1937, eleven days after she arrived in New York.

Together with her husband, she opened the first Bais Yaakov High School in the United States, in Williamsburg, Brooklyn, in 1938. Unlike a number of earlier Bais Yaakov elementary schools, this school operated under the aegis of the European offices. The school began as an after-school supplementary program in the Kaplan home, expanded into rented quarters and became an all-day school, and eventually acquired its own building on 143 South 8th Street in Williamsburg. The Kaplans also ran a summer camp at Engel’s Farm in Connecticut, and later also founded a Teachers Seminary for the movement.  She hired many graduates of the Kraków seminary to teach in the high school she ran. 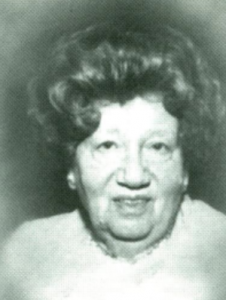 In 1958 the Kaplans opened a Boro Park branch of Bais Yaakov, which eventually superseded the Williamsburg location. Kaplan was still working as dean of the Bais Yaakov Teachers Seminary when she died. Her daughter, Rebbetzin Frumie Kirzner, succeeded her.